The “AFTERLIFE” is a fantastic British Black comedy-drama television series that got a lot of appreciation from the audiences. Ricky Gervais is the producer, creator, and director of this beautiful series. On March 08, 2019, the series premiered on Netflix and gained massive viewership. 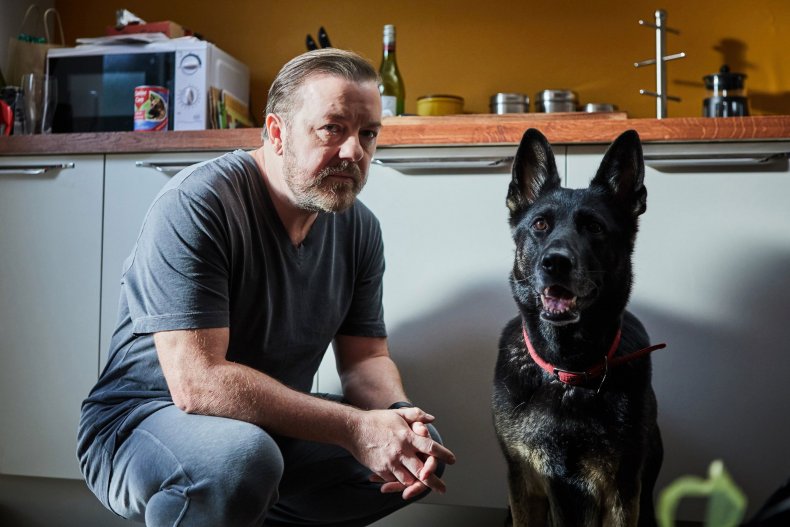 As we have seen that the first season is about a newspaper journalist “Tony” who lost his wife and therefore he tries to cope after his wife expired. He becomes suicidal and very depressed after his lovely wife passes away. The storyline of the second season will revolve around Tony and his struggle to live a life without his beloved wife.

As there are very talented and skilled cast members in the first season, so we will surely see them reprise their role in the second season. In the first season, we have Ricky Gervais as Tony Johnson, Tom Basden as Matt, Tony Way as Lenny, Diane Morgan as Kath, Mandeep Dhillon as Sandy, Ashley Jensen as Emma, David Bradley as Ray Johnson, Kerry Godliman as Lisa Johnson, Tim Plester as Julian Kane and many other talented actors. It may be possible that there will be new cast members in the second season, but there is no official announcement by the makers regarding the original actors.