You might have already heard about the series Dark as the series has created quite a buzz since its release with reviews calling it ‘mentally exhausting’ and ‘redefining science fiction’.

Netflix’s Dark is a German-language science fiction television series that ran from 1 December,2017 to 27 June,2020. Created by Baran bo Odar and Jantje Friese and produced by Wiedemann & Berg Television, the series features an ensemble cast.

Dark is also Netflix’s first German-language original series. The third and the last season was released last year. All of the three seasons received rave reviews and wide critical acclaim for the storyline, performanes of the cast, musical score, tone and narrative.

The series is set in a small fictional German town named Winden. It is based on the ideas of time travel.Throughout the series, it asks the question of what time is, if it is an illusion and if its anything at all. According to the series, in the same way that past has a bearing on the future, the future too is dependent on the past. 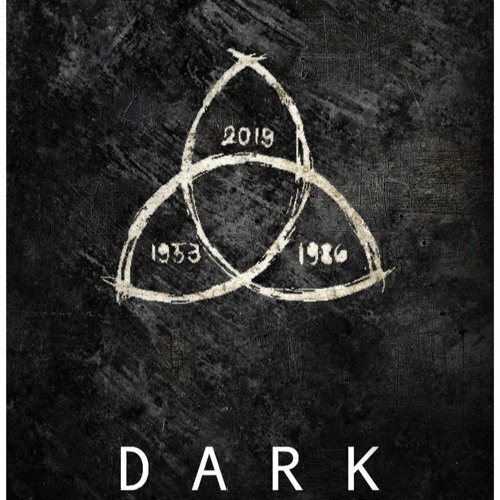 All of these might seem extremely confusing to anyone but as the series progresses, the secrets are revealed, twists and turns are unfolded and the characters explained, slowly, making the show an extremely intriguing and exciting watch.

Season 1 begins with the disappearance of a young boy Erik and moves towards the subsequent and suspicious disappearances of two more boys, a teenager, a police officer and an elderly man.We are introduced to the four protagonist families- the Tiedemanns, the Nielsens, the Kahnwalds and the Dopplers.

As the season unfolds, the lies, secrets and betrayals surrounding the four families are revealed which leads to weakening of family bonds and relationships.The ‘wormhole’ lying beneath Winden’s nuclear power plant is shown to be a passage for time travel, “a crack in time” where the past, present and the future meet. It is, as one of the characters said, where the beginning and the end meet.

Some members of the central families become aware of the wormhole in the first season.Season 1 begins in 2019 and later includes storylines from 1986 and 1953 by time travel through the wormhole.

The season 2 shows that the most of the central families’s members have come to know about the time travel and about their family members being stuck in the past. They try to reunite with them.

This season also introduces the viewers to the ‘Sic Mundus Creatus Est’, a major part of the storyline in this ongoing battle for the fate of people of Winden as well as of people of the world. The episodes of this season also seem to appear as countdown towards a supposed apocalypse.

The third and the final season of the series follows the four families across time as they face the apocalypse. This season continues the storylines from 2020, 1954, 1987 and 2053 in the first world and storylines from 2019 and 2052 as well as a new storyline of 1888 in the parallel world. We see the main events connecting the incidents from all the seasons. 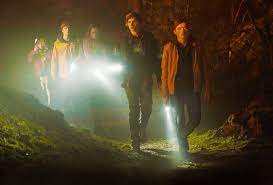 Since the series showcases storylines set several years apart, the characters are played by different actors portraying different phases of the character’s life.

Dark dives deep in the concept of time and time travel unlike any other shows before.

With many characters, it becomes a little difficult to keep track of the characters and their back stories as several storylines are shown alternately. This is the reason why the viewers might not be able to connect with the characters as they exist as pieces of a big jigsaw rather than individual pieces, that the viewers try to understand.

Nevertheless, with its brilliant storytelling combined with a terrifying narrative and excellent acting,it never once disappoints and makes for a, although puzzling, but a very satisfying watch.

The  South Korean manhwa Noblesse was officially adapted into an anime television series and was aired last year from October to December.

A manhwa is a general Korean term for comics and print cartoons and outside of Korea, commonly refers to Korean comics. They are a popular part of Korean culture.

Noblesse, written by Son Jeho and illustrated by Lee Kwangsu was first released as a webtoon and was being posted on Naver Webtoon since December 2007 before it ended in January 2019. Consisting of 6 volumes, it became popular and was also one of the first webtoons to receive an official English translation.

The anime series has been produced by Japanese anime studio Production I.G and was aired on the online platform Crunchyroll in 2020. Production IG is known for its previous works like Guilty Crown, Eden of the East and Psycho pass. Before getting into the anime series, you might have to watch the 2016 ONA(original net animation, also called web anime) episode called Noblesse : Awakening which is a 31 minute  heavily abridged version of the first volume of the manhwa by the same production company Production IG.

The anime series is a continuation from the 2016 ONA episode.

The popular South Korean web manhwa, Noblesse, is reportedly getting an anime adaptation, which is set to release later this year. Son Jeho wrote the manhwa while Lee Kwangsu illustrated since 2007. The manhwa debuted first on the South Korean webtoon publishing portal, WEBTOON, in December 2007. Noblesse, along with a few other WEBTOON manhwas, went to receive the English translation in 2014. The Japanese animation studio, Production I.G., has come forward to develop a Noblesse anime.

The anime adaptation is all but confirmed at the moment, and we even have the release date. The Studio responsible for producing the anime adaptation is Production I.G. The studio has produced several other popular anime series like Eden of the East and the Ghost in the Shell. The anime maker officially announced the development of anime at the Comic-Con Seoul 2019.

The anime is currently under production at Production I.G. The studio has also revealed the official premiere date of the anime television series. The show will reportedly debut on October 5, 2020, on Crunchyroll. Later, the anime series will have an official air debut on Tokyo MX and BS11 on October 7, 2020, in Japan. Crunchyroll will handle the online streaming outside of the Asian region.

The great power of the #Noblesse has awakened! Anime based on the @WEBTOON series coming this October 💉 pic.twitter.com/wX7Q1PRllx

This isn’t the first time that the Japanese studio has worked on the manhwa. The animation studio has already produced an original video animation (OVA) in 2016. The OVA reportedly covered the first season of the webtoon, which streamed on Crunchyroll and YouTube on February 4, 2016.  The cast and the staff who worked in the OVA will return for the anime television series. This means that Tarusuke Shingaki will continue providing the voice for Cadis Etrama Di Raizel. The other cast members are:

The manhwa is basically about a nobleman named Cadis Etrama Di Raizel, who awakens in the modern world after sleeping for 820 years. Rai then reunites with his loyal servant and then enrolls in local highschool. He later befriends Shinwoo, Ikhan, and Yuna. The newfound friends set on a journey of dangerous adventures to discover Rai’s past. At the same time, they also come into conflict with the secret organization.

Differences from the original:

The above was the original plotline of the manhwa. The anime has some differences as compared to the original.

In the original, Rai was shown to have waken up from his sleep during daylight whereas in the anime, he was shown waking up at midnight on a full moon night.

There were also some slight character and scene changes which has upsetted the die hard fans of the manhwa who were eagerly waiting for the anime. In spite of the few criticisms, many reviews have called the anime worth a watch.

The main character Cadis Etrama Di Raizel has been voiced by actor Tarusuke Shinkagi and directed by Shunsuke Tada in both the anime series as well as Production IG’s 2016 ONA episode. The series is written by Sayaka Harada.

Noblesse’s OVA tilted Noblesse: Awakening is available on Crunchyroll. Before watching the official anime series, you can watch the 31-minute-long OVA.

So, until the first season of Noblesse anime drops on Crunchyroll, you can check out more about the Food Wars and more.

So, as we wrap the things up, there is still one thing which we know still troubles the readers — What should they watch until the anime releases? As we talked about, there is still time for the first season of Noblesse to and until then, many of you are looking for shows similar in the genre. Well, you won’t have to go any further as we have curated a list of Top 5 shows that you would love to binge. So here we go:-

2.The Irregular at Magic High School