Remember the Candyman from 1995, the vengeful ghost that was brutally murdered in 1995? The Candyman is a fictional character of the 1985 short story “The Forbidden” by Clive Barker. The first movie on Candyman came as the same moniker in 1992, as a slasher film. Candyman: Farewell to the Flesh and Candyman: Day of the Dead came as a sequel and threequel resp.

The fourth movie of the franchise is set to roll out on screens in June 2020, as a spiritual sequel, named as original moniker ‘Candyman’ (2020 film).

Original Candyman was the story of a Halen, a graduating sociology student in college, who studies the Urban Legends for her final year thesis and happens to discover the Candyman. Candyman was the ghost of an artist who got murdered in 1995 and the son of a slave. Since then, his spirit has been wandering and not resting in peace.

Candyman haunts the area for years, and if someone calls his name in the mirror 5 times, he appears. He appears and cuts the neck of the person by cuff off his right arm. Halen discovers the reason for his killings and tracer him to death. Halen’s body acquires the spirit of Candyman upon her death, and she becomes the new haunted spirit. Notably, Halen looked like Caroline Sullivan, who was the love of Candyman. 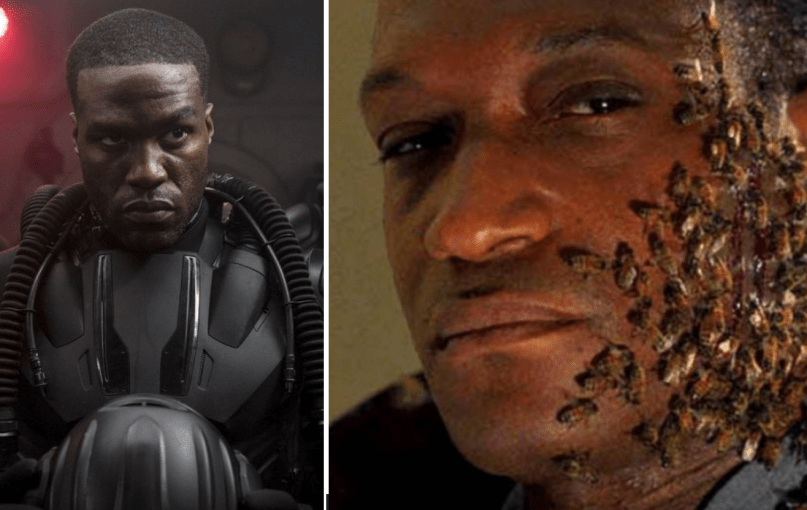 The new movie Candyman is about Anthony McCoy, who develops an interest in Candyman’s haunting story. He is an artist and brings Candyman as an inspiration in his artworks. Later, his inspiration and destiny take a mid-way diversion to violence, misery, and death.

Following is the cast of Candyman:

Universal Pictures will release the movie in the US on June 21, 2020.