CoD Publisher Activision had successfully bifurcated the previous 6 versions of the game alternatively between the developers Infinity Ward, then Sledgehammer Games, and then Treyarch.

Call of Duty: Black Ops 5 – Who’s developing and Why?

Treyarch release CoD: Black Ops 4 in 2018, followed by CoD: Modern Warfare by Infinity Ward in 2019. Ideally, as per the 6-year tradition, it should have been the turn for Sledgehammer games, but the developer Treyarch is up again sooner than expected in the battle.

There’s no confirmation as to why Treyarch has jumped in the middle of the tradition, but that’s the to-be-believed truth as of now.

But there’s been a leakage by YouTuber LongSensation, who has tweeted that next game will be Black Ops. Here’s the Tweet:

It is also possible that none of the two names will be given for the next version of the game.

CoD: When will it release?

As per the conventional style of Activision, they release a new version every year in October. However, it depends upon the platforms which will be applicable for the Black Ops 5. Playstation 5 and Xbox X series will launch in Holiday 2020. If Activision waits for these 2 platforms, the launch may shift to November end or December. 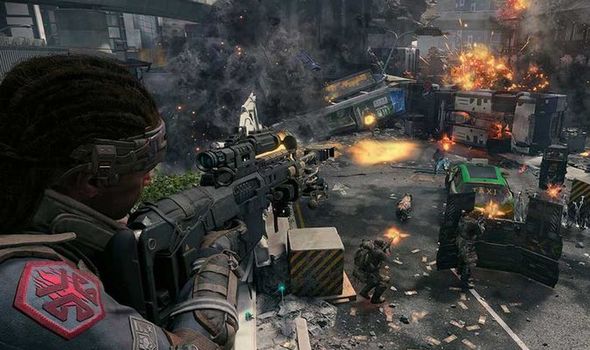 If there’s a piece of new information in the near future, we’ll update the segment to deliver the info to you.

Also, Activision COO Cody Johnson has a say about the next release. Here’s what he has to say –

“So across console, PC, mobile and e-sports, the Call of Duty franchise has never been better positioned for growth, and there is more to come, including entirely new experiences within the Modern Warfare universe. And then, of course, in Q4 of this year, a new premium Call of Duty release, which is already generating excitement in our playtests.”

As we just read in the previous segment, the Xbox X series and PS 5 are yet to come. Activision may continue the legacy of CoD: Modern Warfare and CoD: Black Ops 4, which were released on Play Station 4 and Xbox One platforms.

Nevertheless, more fans will be expecting an inclusion of support for yet-to-be-released platforms.

Also, there are high chances that cross-platform multiplayer support that can get the ticket to inclusion in the game. It means that you’ll be able to play with your friends irrespective of the platform and platform version. Nevertheless, there’s no official confirmation on that.