The makers of A Discovery of Witches confirmed that the show is coming back for a second as well as the third season.

The show is based on Deborah Harkness’s famous trilogy, All Souls. Season 1 of A Discovery of Witches was released on September 14, 2018. This fantasy show was praised by critics for its adaptation.

A Discovery Of Witches: Plot

The plot of the show, A Discovery of Witches, revolves around a hesitant witch and historian, Diana Bishop. Diana finds an enchanted book in the Bodleian Library. The book withholds deeply buried secrets about the magical world of witches and vampires. She is shoved back into the world of magic as she tries to make an attempt at unraveling the mysteries of the magical world.
Although in a world where witches and vampires are considered to be enemies, Diana is offered help by a vampire, Matthew Clairmont. They pledge to protect the world as they fight against supernatural creatures together. 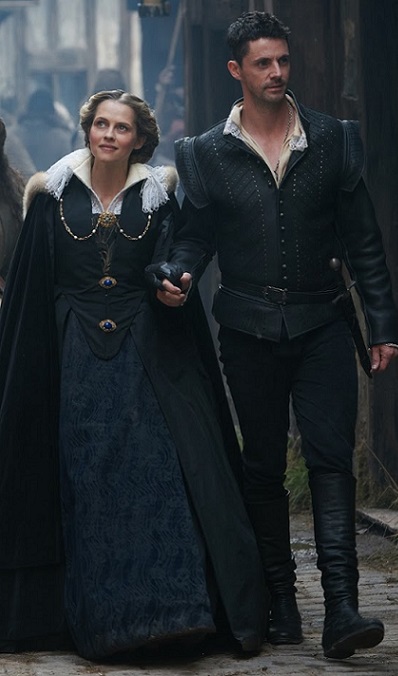 Since the trailer of A Discovery of Witches season 2 has yet not been released, nothing about the plot of the show can be said at the moment. Sources have confirmed, that in the upcoming season, Diana will look for a witch teacher, in order to keep a check on her magic and enhance them.

The duo will search for a book called, A Book of Life.
One of the trusted sources from Sky One said, “Meanwhile, in Oxford, Marcus and Miriam take on Matthew’s mantle to protect daemons Nathaniel and Sophie, whose pregnancy is advancing. And Gerbert, Knox, Satu, and Domenico are determined to hunt down every clue they can to Diana’s and Matthew’s disappearance, and the secrets their allies are keeping from them.”

The makers have yet not confirmed a release date of A Discovery of Witches season 2, but it will most likely release before 2020 ends. The show is still in its development stage, and no trailer has been released, as of now.
We can assure you that the upcoming season will be filled with more drama, danger, adventure, and magic.