P.S. I Love You? Let me guess, the series with ‘The Internet’s Boyfriend’? Oh, Hell, No.

So, it’s getting a sequel. Yes, you heard it right. The famous rom-com is now getting a sequel with the same star cast. Isn’t that exciting. It was a weepy movie. It was one of the purest love movies that justify ‘Love never dies.’

There she is
Beside her sister
Ready to go…#Postscript 💙 pic.twitter.com/RvQBC1WboU

P.S. I Love You Recap

Since the first part came in 2007, many of you now remember it in broken pieces. So, let us help you recollect the plot.

In the movie, a widow, Holly faces a heartbreak due to the death of her husband, Gerry. How he died? He died owing to illness.  On her 30th birthday, she happens to discover a series of love letters written by Gerry to help her to move on from death.

While suffering from illness, the Irishman Gerry had realized that it would be very difficult for Holly to move on from his death. Thus, he planned ahead of his death to help her. Literally, he was with her even after death, in those letters

From the day of her 30th birthday, she receives one letter each month to help her get along with life happily. She received her cake on the 30th birthday with a tape recording. In the recording, Gerry told her to Go out and celebrate the birthday. She received letters every month in surprising manners.

Holly started to follow Gerry’s words. Sincerely, each sending her to a new adventure in life. Initially, her friends and relatives thought that those letters are binding her to the past, but in actuality, they were pushing her away from the past into a new and bright future.

Every letter was signed with – P.S. I Love you. 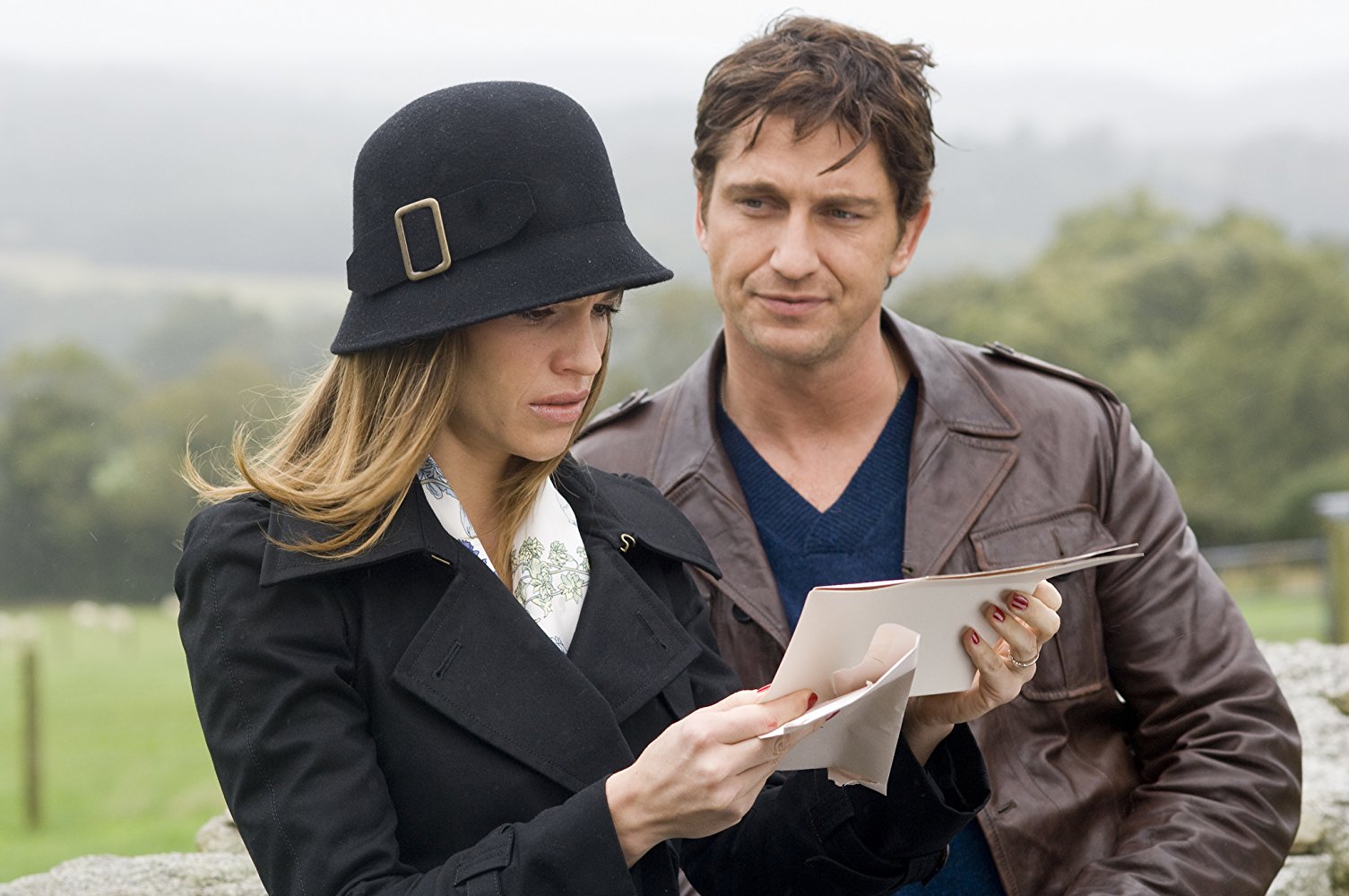 Finally, she learns the essence of life and marriage even after Gerry’s death, and his letter makes her realize the new beginning of life. Towards the end of the movie, Holly trips to Ireland with her mother, with the hope of falling in love again and accepting life with an open and happy heart.

After the postscript is released by Cecelia on Twitter, fans have now started to expect the original star cast – Hilary Swank as Holly Kennedy and Gerard Butler as Gerry. However, we do not have any official confirmation yet.

Read the postscript here with one exclusive chapter.

What’s the story of P.S. I Love You Sequel?

“A deeply emotional project for me, Postscript is the PS to my PS, and while it is a sequel, it is also a story that stands alone about living a purposeful life in the face of illness, grief, and loss. I hope that new readers and PS, I Love You fans alike will embrace Holly’s new journey.”, said Cecelia.

The sequel takes Holly 7 years ahead in Life. She now has a job as well as a boyfriend. She is falling in love again and involves in podcasts telling about her journey. But a group of ill-minded people take inspiration from Gerry’s letter and want to leave messages for their loved ones, just as Gerry did. Group’s name is P.S. I Love You Group.

She gets scared to be in involvement in the group as this may take her back to grief and pain, which took her a lot of hard mental work to recover. Surprisingly, she discovers a new life challenging her present past and future.

So, when it’s coming?

Those who haven’t seen previous, Original weeper is available on Netflix. You must watch it now!