Super Bowl 2020 LIV Halftime show saw some amazing performances from Shakira and Jennifer Lopez. Two ladies who are now 43 and 50 resp. Have provided some amazing, thrilling adrenaline for their fans, in their Golden and Silver outfits. The show had more viewers than the actual game.

Although their fans have liked it, it isn’t big news. Immediately after the show ended, many people who didn’t like the performance factors, spoke up on Twitter, showing their aggression and disappointment. Many people called it ‘obscene’ and ‘vulgar.’

The dance performances had twerking movements during ball-dance from Shakira and Pole dance from Jennifer Lopez. Also, Twitteraties said that their dressing sense is vulgar, skimpy, and JLo looked like she’s only having duct tape on the backside.

Criticism and anger burst mainly from parents of children. Most of them agreed to tweets that said that it was vulgar and inappropriate for Children. If these are called as dance performances, then what are we teaching our girls?

Few fans who were absolutely amazed by the stunning performances excitedly wrote, “Hey NFL, it’s official: stop having men headline the SuperBowl HalfTime show. THEY JUST CAN’T DO IT RIGHT. Bless Shakira and JLo for BRINGING IT. DAMN.” 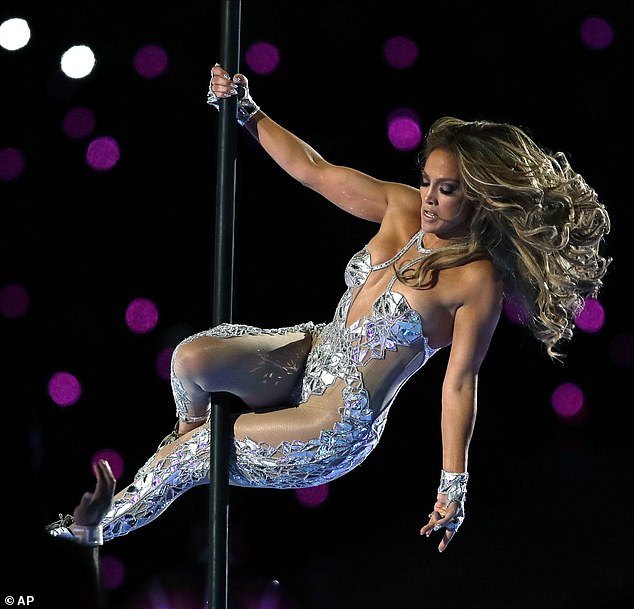 Now, here is the criticism:

A Twitter user said, “The SuperBowl is supposed to be an event family can watch together. Why, then, are we subjected to Shakira’s constant twerking and J Lo’s ultra-revealing outfits? Whatever happened to performers whose TALENT was entertaining instead of needing sex to keep people’s interest?

This is hitting really hard.

“It was NO example to young kids anywhere and a disgrace to have this Burlesque show come into all our living rooms! So pathetic and disgusting at the SUPERBOWL! The NFL has idiots running the Show!! Glad I’m not alone.”

While parents and family people were busy Slamming Shakira and JLo, some people took a beat at these parents.

One user said, “To all the people bitching about the halftime show, be sure you never take your kids to a Pop concert or to Miami. Nothing that happened at halftime was out of the ordinary for either. Learn to appreciate the culture and be a better parent and not judge others.”