Dr. Stone is a Japanese anime series based on the manga of the same, written by Riichiro Inagaki. It contains 24 episodes that are loved by the critics and anime fans. And now after season one’s huge success, Creators have greenlit Dr. Stone Season 2.

It is shonen in nature. However, the ending of Season 1 is pretty abrupt and sudden, due to which many fans couldn’t figure out the unexpected turns of the episode.

Due to the unexpected ending, many fans are now waiting for Dr. Stone Season 2 to clear out their mind.

Anime is produced by TOHO Animation and Shueisha and directed by Iino Shinya.

The story is pretty simple. There are 3 characters named Taiju Oki, Senku Ishigami, and Yuruziha Ogawa. Taiju proposes to Yuruziha, and as he does that petrification by a green light happens all over.

Further, 37000 years later, Taiju and Senku wake up in a gap of 6 months. Senku tries to restore human civilization with science powers. He also finds a chemical mixture Nital, which he says revived him. They plan to revive Yuruziha by Nital but accidentally revive Tsukasa Shishio, due to a sudden attack by a lion. 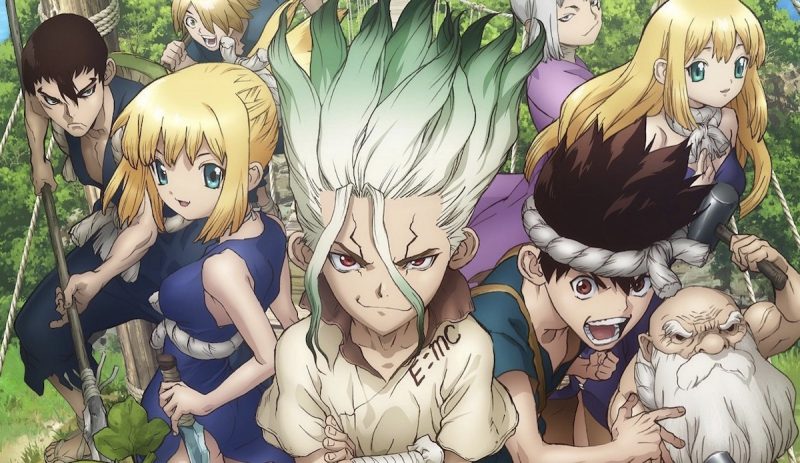 Stone Wars arc will be the main focus of season 2, which is the most popular volume of the manga. Taiju and Yuruziha are also expected to make a comeback. Notably, Taiju and Senku are yet to revive Yuruziha, and the story of revival will be interesting to see. Also, there will be a lot more competitiveness between the two kingdoms of Senku and Tsukasa.

Season 2 is expected to be funnier with better animations. Season 1 didn’t have many animations. Everything was still except the character movement, maybe to express petrification.

Although closeups of waves and fire were seen occasionally, as the competition increases between the 2 kingdoms and rate of revival and discoveries increase, more movements and animation will be witnessed.

Another interesting character to see in Dr. Stone Season 2 will be Senku’s father, Byakuya Ishigami. In season 1, he had left a time capsule with a recording of his voice. Since the astronauts (his father and team) were in space, petrification didn’t affect them.

He predicted that Senku would revive humanity, diminish Tsukasa’s empire, and free all the petrified public. It will be interesting to see how Senku takes the advice of his father and does what is expected of him.

Season 1 is available in English in Japan TV, done by Crunchyroll. FUNimation is providing an English dub version for Dr. Stone.

As of today, Dr. Stone Season 2  Release Date is not confirmed as the anime is nearly parallel to the manga. Manga is just a little ahead of the anime. So, we can predict that manga will stay ahead of the anime. Nevertheless, shall there be any update, we will immediately bring up the news here.