Fire Force Season 2 Episode 23 is the upcoming episode of the anime series based on the manga of the same name, Fire Force Season 2 is written and illustrated by Atsushi Okubo and animated by David Productions. The anime television series’ second installment first premiered on the 4th of July, 2020.

Yuki Yase was replaced by Tatsumi Minakawa as the director of the series. The first season of the anime couldn’t gain as much recognition as it should have but everything changed once the second season initiated. There was improvement all over, from the execution ad creativity to even its characterizations. It is more detailed now as you proceed further into the show with the characters and plotline showing more promise.

With the series being able to hook fans up to the show, we are already at the release of Fire Force Season 2 Episode 23. Here is everything you should know about it.

The new episode of fire force season 2nd will be released on Saturday, 5th December 2020 at 1:55 AM JST. The title of episode 23 is “Firecat”. Every Saturday a new episode is released of the series and you can watch it on Crunchyroll and Funimation.

To watch the dubbed version of Season 1, you can stream it on Funimation, Amazon Prime, and Hulu. However, Crunchyroll has both the season in its original Japanese audio and English subtitles. 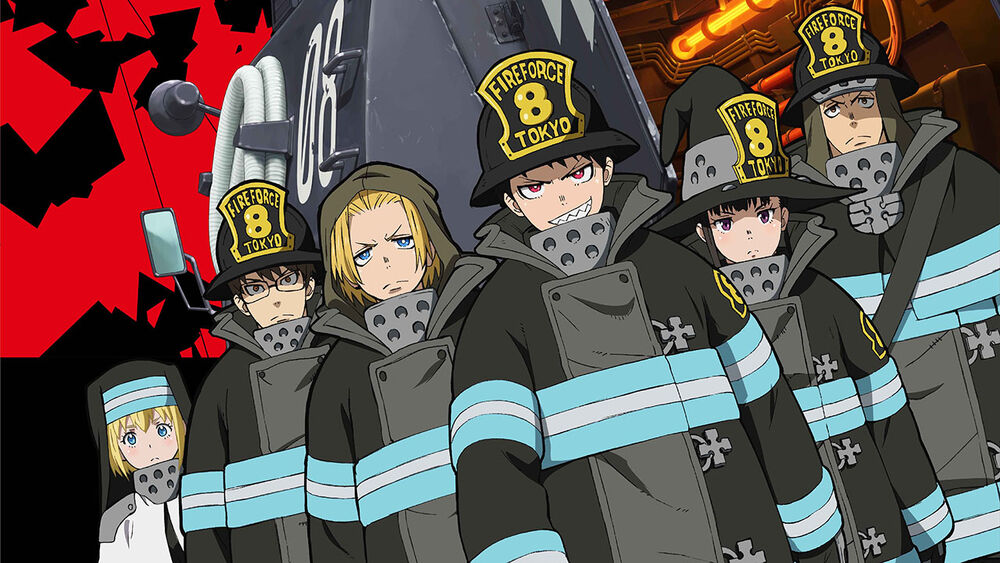 With the continuation of their fight, Shinra and Arthur proceed with their battle with Dr. Giovani who ends up using his new ability to predict their moves. Shinra then reveals that he can hear Giovani’s voice in his head to which Giovani then explains that it can only happen through an Adolla link. Recalling a time prior with Lieutenant Konro, Shinra realizes that this had happened with him before too.

Litch explains to Commander Honda about Evangelist’s plans. A strategical arrangement with the Nether, planning to destroy the Tokyo Empire by exploding infernals. Suggesting that Maki might have the ability and power to redirect the blast, however with the possibility of being incinerated underground. Maki goes against her brother, Tagaki’s objections, and prepares for the challenge ahead.

Destruction of the Tokyo Empire and everyone in the Nether…?!

Ritsu proceeds with the explosions of the infernals while Maki and Tagaki help redirect the flames to the lower levels of the Nether, neutralizing them. Dr Giovani is taken aback when he sees the explosion being foiled and transforms into a myriad of insects to escape despite his head being severed by Arthur.

The next episode will pick from White Clad showing up, destroying and burying Tokyo by employing the fire soldiers that turned into infernals. It is likely to be a penultimate episode because season 1 consisted of 24 episodes so season 2 can be the same. Giovanni is out of the way so everyone will work together to save the Tokyo empire. Maki is back to Company 8 after both her brother and father accepted it.