Log Horizon is an amazing and astonishing anime series based on the MMORPG game. It sparked a huge fan base across the globe immediately after the Sword Art Online game, which started the revolution of MMORPG games. Log Horizon is an anime based on the light novel of the same name. The light novel was written at the start of the decade.  Mamare Touno is the writer and illustrator is Kazuhiro Hara. Log Horizon Season 3 coming soon?

Now that it has got a huge fanbase and people are waiting for season 3 to come. And the latest news is that Season 3 is coming in October 2020.

The anime was brought to the world by Satelight, who telecasted it on NHK Educational TV between 2013 and 2014. Studio Deen brought season 2 in the 2014-2015 session. It’s been 5 years now, and we haven’t heard further now. Manga is getting updated regularly, and the light novel is running today also.

Why Season 3 is coming up so late?

There’s a simple reason. NHK ran the show for the first 2 seasons, 25 episodes each, which consumed most of the material from the first 10 volumes of the light novel. Further, to bring season 3, they would’ve needed more material.

Another reason why there was a big hiatus between 11th and 12th volume was that the writer Mamare Touno got caught in the felony of tax invasion in 2015. This led to a discontinuity in writing books. 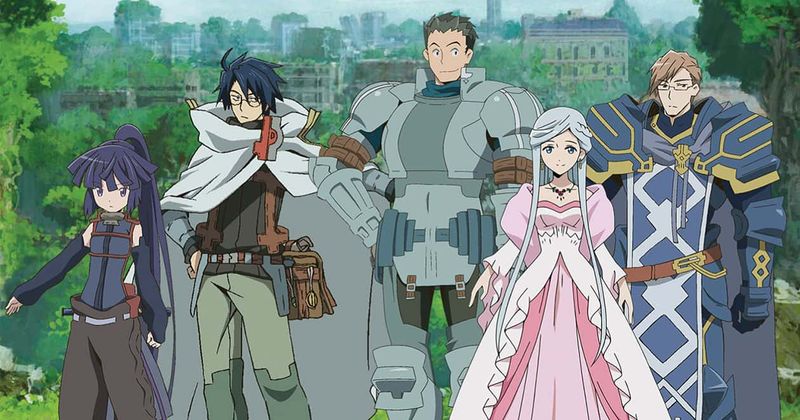 Before we know more about ifs and buts of season 3, let us recap the story, as it’s been 5 years now, so it’s a bit dusty in everyone’s mind.

A game named Elder Tale, which is an MMORPG game, becomes a huge success by the end of its 11th expansion pack. As the 12th expansion pack launches for the update, all the players already logged-in suddenly find themselves trapped in another gaming world with their game-in avatars.

Now the challenge for them is to complete their missions and come out. But, having a user base of billions of users, it will be very difficult for an individual to come out. At the same time, a player named Shiroe, makes his own efforts along with his friends Naotsugu and Akatsuki, to fight the challenges.

During his quest, he finds many different and difficult guilds in the world of Akiba (the virtual world in the game). Later, he makes his own guild named Log Horizon and makes a Round Table alliance. From there, the guild starts working on the improvement of the situation and quality of the city.

In Season 2, Shiroe quests to buy all the property available on the server. Later, Shiroe encounters a rivalry figure of the western world named Nureha, who an extremely powerful lady nurtured by the abuse of the real world. Further, he works on the development of civilization.

Season 3 should probably cover the story from 12th to 15 volume, at least that was planned by the writer Mamare Touno. Now, there isn’t much news out about what can be there in season 3.

Since Log Horizon season 3 will be airing in a month's time, I have decided to re-watch the entire series. So hyped for it considering that it's been more than 5 years since season 2! 😁 pic.twitter.com/hMkh4TiQRT

But, we can certainly expect a few basic answers. Series will continue from the point it took off in season 2. 12th volume name is Fall of the Round Table, which means that there will be a downfall of the alliance parallel to the invasion of the other world monsters Tenwazawai.

The official announcements confirmed that season 3 would be hitting up the screens in Japan in October 2020. But, there’s no exact date given as of now. As Studio Deen is making Season 3, who also made Season 2, we can expect that cast animation will be the same.

That’s all we know about Log Horizon Season 3 as of now. We’ll update the segment shall there be any news about the exact date in the near future.