As per the TV guide, the new series of the show will not be released until autumn 2020. However, it might be delayed further as the production been shut down after the widespread COVID – 19 Pandemic.

This was announced by star Elizabeth Moss on Instagram on March 16. she wrote, ” we shut down production of Handmaid’s Tale season 4 in order to preserve the health and safety of our cast and crew and join the world in an attempt to flatten the curve. This show is my life, and this cast and crew is my family. Nothing is more important than making sure they and everyone around them is safe. We hope to be back in production as soon as it’s safe to do so. In the meantime, stay safe and healthy and take care of yourselves. So much love from our family to yours “.

WHAT WILL BE THE UPCOMING PLOT? – ” Handmaid’s Tales Season 4 “

The Handmaids Tale is an American tragedy web television series created by Bruce Miller, which is based on the 1985 novel of the same name by Canadian author, Margaret Atwood. At the end of the last episode of season 3, June was swept away by her fellow handmaidens.

The children managed to escape and make the journey to Canada, so we may be likely to see more of this in new season Serena ( Yvonne Strahovski )was also arrested in the final episode, which will create an impact on Handmaid’s Tale season 4. There was also that subplot about Nick possibly having lied about his identity and Junes future in Gilead. But everything is questionable until more details about season 4 are revealed. 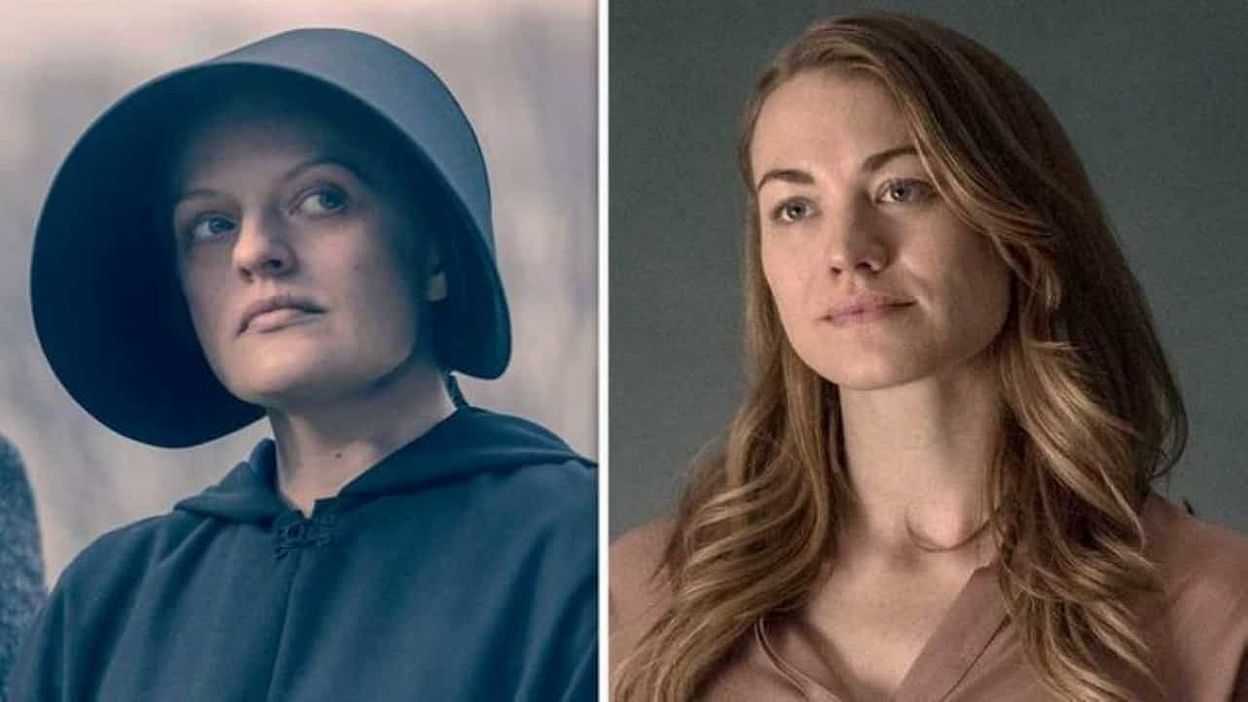 WHO WILL BE NEW CAST IN Handmaid’s Tale season 4?

The majority of the leading cast is expected to return for another season, which includes Elizabeth Moss as June Osborne, Yvonne Strahovski as Serena Joy, Ann Dowd as Aunt Lydia, and others.