When Tyler, the Creator won the 2020 Grammy award for the Best Rap Album, Jaden Smith took everyone by surprise, through his tweet, “My boyfriend just won a Grammy.”

The duo’s relationship news might be shocking for people who haven’t been updated with their friendship. Although for fans, it isn’t surprising owing to the close bonding between the two.

There is no clarity about their relationship, from the day Jaden has broken silence on the relation. There have been several instances when they have claimed to have something for one another. Yet, everything remains blurry.

Jaden Smith and Tyler have been together since 2013. In 2015, Jaden confirmed his feelings for Tyler through a tweet on Tyler’s birthday. “I Think I’m In Love With You, I Don’t Know I’m Still Figuring It Out But In The Meantime, Happy Birthday.”

The duo was romantic in a performance at Tyler’s annual Camp Flog Gnaw Carnival in November 2018.

“I just wanna say Tyler, The Creator is the best friend in the world,” he said in front of the crowd.

Initially, their twitter revelations appeared like two buddies mocking each other. But after Jaden’s comments during an interview with Beats 1 Radio. He boldly accepted that Tyler, the Creator, is his boyfriend. He said that his words were very true, but fans are still not ready to accept this relation. 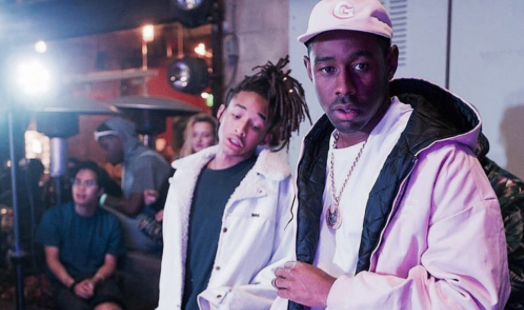 Their followers are confused due to their behavior, and often a thought arises that all this is a move to mess with people.

Tyler, the Creator has previously hinted that he’s queer.

In his 2017 album, “Flower boy”, there were several lyrics that hinted on his sexuality, one of them includes “I Ain’t Got Time!” that had lyrics: “I’ve been kissing white boys since 2004.”

Smith has also been open when it comes to discussions on sexuality.