American television series, Doom Patrol created by Jeremy Carver is based on the DC Comics superhero team of the same name, produced by Berlanti Productions in association with Warner Bros. The series was exclusively premiered on 15th February 2019 on the DC Universe streaming service. While Season 2 was released on both HBO Max and DC universe on 25th June 2020. Doom Patrol follows some of the most questionable heroes that you will ever come across, from Negative man to Crazy Jane and so forth. As they learn to work together against bizarre supervillains that threaten reality, we unravel what is more to them. Doom Patrol Season 3 is greenlit and here is everything we think you should know about it.

The hit series with an already deep and passionate fan base is one of the most anticipated shows on HBO Max and is set to be scheduled to air in 2021. 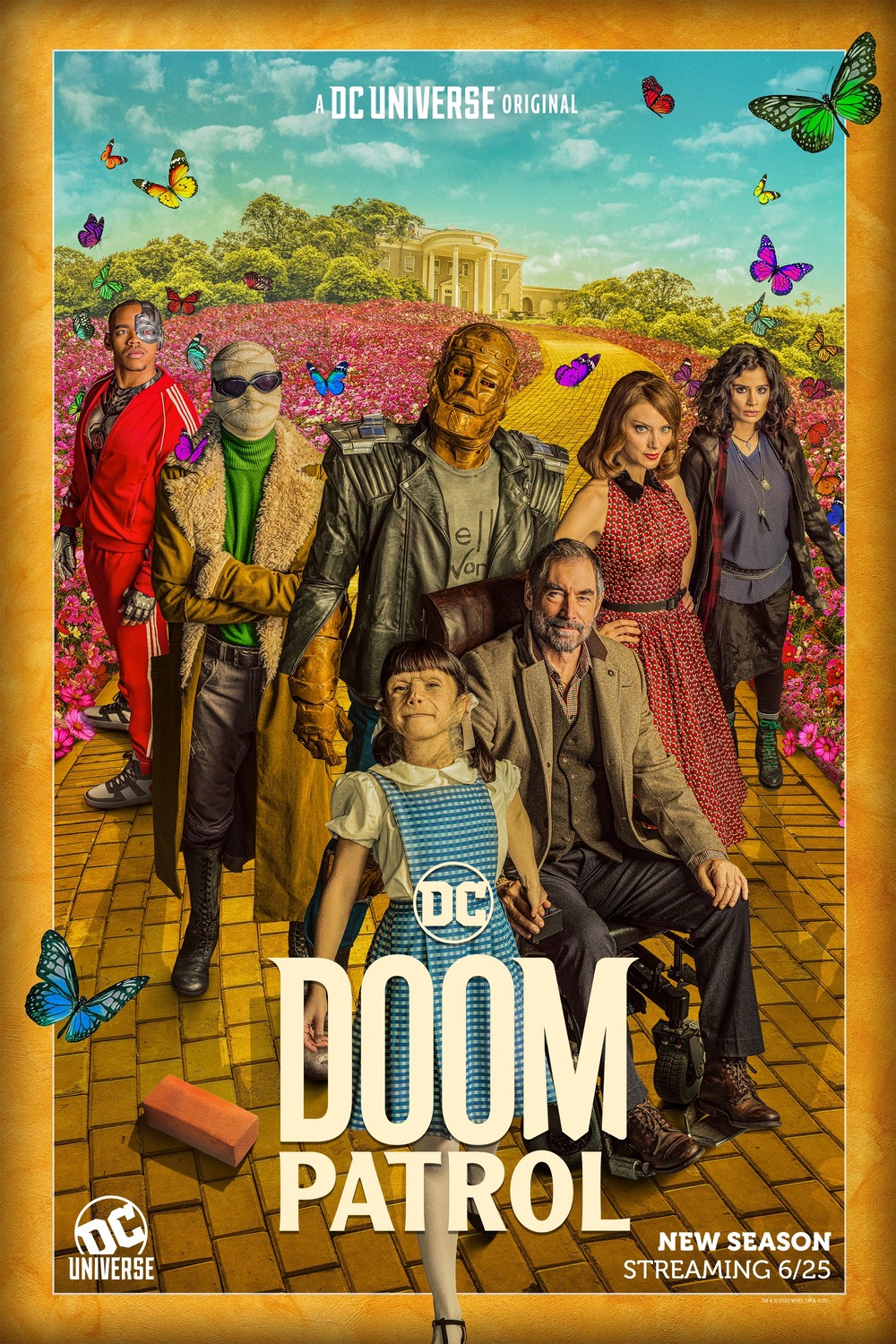 No official release date has been announced yet, however, an official confirmation of it being renewed was made public by Sarah Aubrey who is the head of HBO Max’s original content. Jeremy Carver, who developed the series also commented on the renewal of Doom Patrol Season 3, officially confirming it further,

“On behalf of the wonderful cast, writers, and crew, we are thrilled and grateful for the opportunity to return to Doom Manor. And we are especially thankful for our partners at Berlanti Productions, Warner Bros. Television, DC UNIVERSE and, of course, HBO Max.”

Outcast Superheroes, one of DC’s most beloved superhero groups, led by our very own mad scientist, Dr. Niles Caulder (The Chief) is a re-imagining. The group led by the chief have all suffered horrible accidents that changed their lives forever, giving them superhuman abilities. But that does not cut now, does it? Along with the superpowers that they obtained, the superheroes are left scarred and disfigured. Being traumatized and outcasted, the team found purpose once again when The Chief brought them together.

While investigating one of the weirdest phenomena in existence, the group sought to protect Earth from what they found out. The series being picked up right after the events of the Titans, this band of super-powered freaks find themselves in a situation where they are warned about a mission that would change their lives forever.

Where Can You Watch The Series?

You can check out both the seasons of Doom Patrol on DC Universe and HBO Max. However, the streamer confirmed that Doom Patrol Season 3 will exclusively air on HBO Max. The head of original content at HBO Max, Sarah Aubrey commented foreshadowing her excitement towards the confirmation,

“Doom Patrol came to HBO Max with an already deep and passionate fan base and has risen to the top as one of the most-watched Max Originals on the platform.”
“The series sits well in our portfolio and we are glad to greenlight a third season to continue this distinctive style of storytelling that resonates so well with critics and fans alike.”

HBO Max is deeming to be the official home for the hit series and leaving the DC universe soon because of the growing fanbase and viewership.

Season 2 ended on a cliff-hanger so it is expected that Doom Patrol Season 3 would do the clean up for it. We can expect more characters to show up this time, new and old.

There’s no official trailer of season 3 out yet but stay tuned for more updates.

Until we come back with More Updates about this Series, you can check Goblin Slayer Season 2 & more.