If anyone has ever entertained themselves with Uncharted games, they will find that the main character Nathan Drake, whenever he tries to climb on something, the object underneath disintegrates itself. Our leading man should always, without a choice, go for the longer route.

The game’s principle had come to life when the Sony company had tried to create a movie based on this game. They had commenced this work of art, back in 2008. from that time, this work kept on getting dallied as the directors who took the lead kept resigning. Most recently, the sixth director for the movie had taken their leave from the movie. He was Travis Knight, who worked on some marvelous works such as Transformers, which the entire world thought was unmanageable to create. 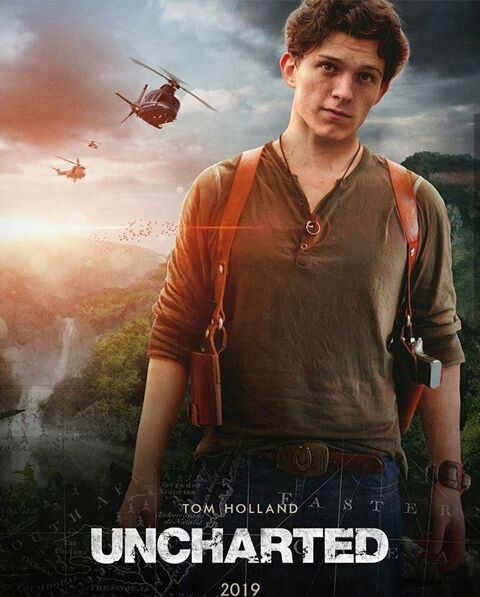 The Japanese corporation has once again started to hunt for the movie director and now have fixed their eyes on Ruben Fleischer to take up the work. Ruben is one of the prominent names in the industry for producing works such as Venom and Zombieland. They were quite thoroughly supported by the audience. Tom Holland, currently the ‘It’ boy of Hollywood, has been recruited for the role of the younger version of Nathan Drake. Tom Holland is well known to the fans of the superhero genre for his roles in The Avengers movie series produced by the Marvel Cinematic Universe as Spiderman. Mark Wahlberg, who is known for his performance in movies like Daddy’s home, Lone Survivor, and The Departed, is said to have taken up the role of Nate’s mentor Sully.

Rumors have been getting around in the public that the movie Uncharted is set to be released on December 22nd, 2020. Looking at the records of the work done by the management and the crew till now doesn’t seem promising to stick to that date.